​How Income Trusts, Miller Trusts help If Your Income Is Too High for Medicaid 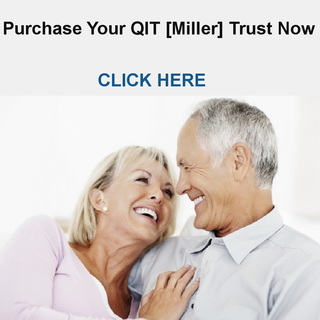 ​Income trusts are a type of special purpose trust that can be helpful to Medicaid applicants in states that have a set income limit for qualifying for Medicaid, such as New Jersey and Delaware. Sometimes referred to as Qualifying Income Trusts, Qualified Income Trusts, or Miller Trusts (based upon a court case with the same name), they are used when a Medicaid applicant has too much income to qualify for Medicaid but not enough to pay for nursing home care or other long-term care costs.

Income Cap States vs. Medically Needy States:
In the states that have a cap on the amount of monthly income a Medicaid applicant can receive and still qualify for Medicaid coverage of long-term care costs, sometimes referred to as “income-cap” states or "income test" states, the cap can vary, New Jersey's Medicaid income limit is $2,199.

When a Medicaid applicant receives income that exceeds the monthly amount allowed by New Jersey Medicaid, the applicant can become eligible by redirecting some or all of that income to an income trust. (Redirecting income simply means having a source of income directly deposited into a checking account titled in the name of the trust.) Any income coming into the income trust is not counted when determining income eligibility for Medicaid. Because these trusts reduce the amount of income received directly by the applicant to an amount less than the income cap, they help the applicant qualify for Medicaid.

How Income Trusts Work:
With an income trust, much of the money that comes through the trust goes right back out to pay Medicaid for part of the cost of care. So a qualified income trust doesn’t shelter income for the Medicare applicant, but without such an income trust, the applicant wouldn’t qualify for Medicaid.

Note that Medicaid counts gross income for eligibility purposes, which includes the Medicare Part B premium deducted from most individual’s Social Security checks.

Payback Provision:
Upon the death of the Medicaid applicant, the state has priority to recover expenses that Medicaid paid on behalf of the beneficiary. Anything remaining in the trust after the state is reimbursed may be paid to other beneficiaries named in the trust document. Ordinarily, all income deposited into the trust will be spent each month as part of the beneficiary's "share of cost," so there is not likely to be anything left.

Who Can Establish an Income Trust:
Any individual, of any age, who is otherwise eligible for Medicaid may establish an income trust. The individual does not have to be disabled, but an income trust can be used only when the Medicaid applicant is residing in a living arrangement where long-term care services can be provided.

How an Income Trust Is Established:
In general, a Medicaid applicant establishes an income trust by designating someone to serve as trustee and establishing a bank account in the name of the trust. The applicant's income is then direct-deposited into this newly created account. (Most states require the direct deposit of income into the trust bank account.) In many cases, all of the income of the Medicaid applicant is set up to go into the trust account, leaving nothing payable directly to the applicant.

Medicaid applicants have a choice whether to redirect all or merely some of their income to the income trust, but all of the income from any one source must be redirected. Example 1 - an individual with monthly Social Security income of $874 and a monthly pension of $1,500 would be over the income limit (total income is $2,374). By redirecting either the Social Security income or the monthly pension, or both, to an income trust, the individual would be under the income cap. The applicant can't direct half of the pension into the trust. Example 2 - an individual with income sources of $2,200 and $500. The source of the $2,200 income must be placed in the Trust because that income alone puts the applicant over the limit of $2,199.

Note the following additional rules regarding directing money into the trust:
We don't recommend you try to set up an income trust yourself; contact a medicaid specialist to make sure your income trust won't violate Medicaid rules.